Noah Webster had much to say about the role of government and the responsibility of citizens to administer such government. In addition to the quote above Webster also stated:

–“If the citizens neglect their duty and place unprincipled men in office, the government will soon be corrupted; laws will be made not for the public good so much as for selfish or local purposes.”

–“If the government fails to secure public prosperity and happiness, it must be because the citizens neglect the Divine Commands, and elect bad men to make and administer the Law.”

–“The Bible must be considered as the great source of all the truth by which men are to be guided in government as well as in all government transactions.”

I have been teaching through Psalms and I have spent the last 5 weeks in Chapter 35 talking about the role of governments (see 35:20).  Of course when you begin speaking about the role of government American Christians almost without exception state that people are to obey them completely with only minor exceptions such as when they might attempt to make you do something God commands otherwise.  They don’t really believe that at all. They merely say that in order to continue to live their lives without any cognitive dissonance.

Roman 13 actually has much to say about the authority, function, and place of government that many Christians are clueless about. Given that we are in another election season it is good timing to be discussing this idea of government. I have heard people say that they are not voting because the system is rigged anyway (a belief I share) and still others say that it doesn’t matter who you vote for because they are all the same (again I agree with that perspective). Very few get to the heart of the matter by saying that the current government America has in place is not described in Romans 13 but is described elsewhere by the phrase “spirit of antichrist.”

So let’s jump into this brief survey. How many times have you heard a Christian say, “God put the President in office so it is our duty to obey him”? I hear that a lot but is it really true?  The only passage in the NT that someone who holds this view can point to is Romans 13 but it is my opinion that this passage says nothing of the sort concerning who gets elected to what office. Romans 13 is not concerned about that in the least.

Please take the time to read Romans 13:1-5 now before you continue reading.

Some people try to use a couple of OT passages such as 1 Chronicles 28:4 where David says, “The Lord, the God of Israel chose me from all the house of my father to be King over Israel forever.” Daniel 2:21 is another verse that people sometimes point to: “It is He who changes the times and the epochs; He removes Kings and establishes Kings;”

Are these passages teaching that God raises up leaders and puts them in place and therefore validates the common Romans 13 understanding? They are not teaching doctrine at all. They are anecdotal in nature and show that God was involved in raising up Israel’s Kings and sometimes those of her neighbors. No doctrine can be derived from these examples.

Are there any NT examples to support the common understanding of Romans 13?  No not one. We cannot say biblically, “well God raised up this President or these nine Supreme Court Justices, or these Senators, etc., so we must obey them.”

The NT introduces us to the doctrine of grace and free will. We do not live in a theocracy. And this is no more true than when we are exercising our freedoms to vote and try to effect public policy. You see we as a people can choose to make God-honoring decisions concerning public policy and the people we elect to office and the opposite is true too.

When we make God-dishonoring decisions we end up with God-dishonoring leaders and laws. We can’t say “well God put the nine Supreme Court justices in place who forced sodomite marriage upon America so we’ll just have to live with it.” God didn’t do that. We the people did that through the Presidents we elected to that office.

Now how does all this relate to Romans 13? Note verse 1 – God establishes order in His creation by establishing government. Government is nothing more than the framework by which people govern themselves. It is a mutually agreed upon pact between people of a nation who establish their relationship to one another through what they will and will not allow.

God does not dictate democracy, socialism, or any other manmade system of political theory. He merely states there should be order concerning nations. There are three interesting words used in this passage: (1) subjection – verse 1 and 5 (2) resists – verse 2 (3) ordinance – verse 2.

All three of these words have the same root in the Greek – taso. Taso means “to appoint.”

–Thus subjection is hupo-taso. We get hyper from this word meaning under the skin; hypodermic for example. So subjection is to be under authority.

–Then resist is anti-taso; meaning against the appointment or authority.

–Finally we have ordinance and that is dia-taso. This word means thorough or complete. Think of diagnosis – which means thorough knowledge. So that which is ordained is something that is thoroughly appointed – dia-taso.

So how does all this fit together? We are to be hypo-taso (subject to), not anti-taso (opposed to) that which God has dia-taso (ordained). What has God ordained? God has ordained government as a structure of order and nothing else.

Now let’s look at the most overlooked part of this entire passage – the qualifiers.

–Verse one every soul (KJV) is to be in subjection (hypo-taso) to the governing authority of God. There is no authority but from God. In other words God establishes governments to represent Him – to exercise authority based on His character.

–Verse two: “Therefore” (because God has ordained that mankind live an orderly life under His authority) those who resist God’s authority (when rightly present) will receive condemnation.

Very clear here – obey whatever government is over you? No! Obey governments that demonstrate God-honoring laws and conduct toward its citizens. Verses 3 and 4 provide further clarification on what authority must look like if Romans 13 is to apply.

–Verse 3: “For” or because, properly functioning, God-ordained authority rewards good (Godly) behavior – good as it lines up with what God calls good.

–Verse 4: “For” or because God ordained authority is meant to be a minister to equip citizens to lead a God-honoring life while recognizing that all will not (free will).

–For those who resist (anit-taso) God’s authority rightly wielded by God-honoring governments, the sword is justified.

So God does ordain government as a role to manage order, but He does not ordain individuals or even forms of government. Thus God does not require submission to governments that have left their God-honoring moorings and have turned evil into good and good into evil.

For governments to operate as God’s ministers, to be identified as God-ordained they must function as they were designed to function and when they do not they have shown they are not entitled to submission.

Therefore God did not establish Hitler, the German people did that.

To say that God-ordains covenant breakers, liars, murderers, and all forms of evil perpetrated by governments is to make God unworthy to judge the world.

If man’s laws are evil and ordained by God how do you reconcile God’s holy nature with unholy authority? It cannot be done!

Therefore, friends, the prevailing interpretation of Romans 13 is clearly wrong based on a study of the text. Tyrants love it when Christians resign themselves to supporting evil conduct. Don’t be deceived folks. Honoring the authority behind the office is right when they are obeying God and His dictates but, to translate that into honoring a government or individual within government that is not obeying God is clearly wrong-headed and unbiblical.

*The best treatment of this passage that I have found is James M. Wilson, Civil Government: An Exposition of Romans 13:1-7. This treatise is found here. 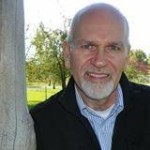