The goal of the Marxist Left is to keep the American people in a constant state of fear. Once you dumb people down in school and people don’t learn how to think, use common sense, logic, and reason⏤they become easy prey for the cowardly Globalist, Communist, Fascists, RINOs, called the Marxist Democrat Party. They are freedom’s enemy.

Their plan has been in the making for decades. People don’t want to volunteer to give up freedom. So in order to win⏤the Globalists must control the media and lie. We will lose as long as we refuse to address the enemy and call them out by name. We may win battles here and there, but they will win the war because they go unchallenged.

The Midterms will determine the level of freedom that Americans are willing to give up. Therefore, the Globalists will be on high alert to demonize Americans, MAGA, and anyone they view as in their way. You will be hearing how the MAGA people are going to steal our democracy.

First off, America is a Republic, not a democracy. So tell them they can have the democracy; we’re keeping the Republic. A Democracy means mob rule. A Republic guarantees equality for all individuals under the law. US Constitution Article IV Section 4 The United States shall guarantee to every State in this Union, a Republican form of government and shall protect each of them against invasion (oops, a black eye to the open borders crowd.) The word democracy doesn’t appear in the Constitution.

There is one thing that the Globalist, Communist, Fascists, RINOs, the Marxist Democrat Party will never be able to overcome in the 2022 election… and that is, there are more of us than there are of them!

They have stolen all the money (1% of the population controls 90% of the wealth); have devised a way to put the corporations in line, controlling and censoring goods and thoughts, instead of analyzing risk assessment to the value of a corporation, the ESG (Environment, Social (Justice) Governance score takes precedence. They have destroyed America’s energy, healthcare, education, and small businesses sectors.

They lie endlessly and are trying their best to beat us into submission. However, judging by the crowds at Trump rallies, mandate demonstrations, and worldwide demonstrations like the Canadian Freedom Truckers rally, the mandate rallies in England, France, and Italy, they will not bring the GREAT RESET to the world without a fight.

America is different than any other country in the world. The land and assets and riches of America belong to We The People, not they, the government. What they are doing is outright theft. The greatest asset of America is We The People. We the American people, earn our citizenship every day as we work and toil to make sure that our country is and always will be the shining city on a hill.

We live in a culture of pervasive obedience. People are giving up their personal agenda, even their ability to reason, out of fear and willingly adhering to the masses. What has recently been called mass formation psychosis, aka Hegelian Dialectic, but you don’t need a fancy term to see it; it’s everywhere.

We have a tremendous amount of issues facing each and every one of us because everything is connected. What you do affects other people without you even realizing it. Let’s take a hard look at 2021, not the talking points that we hear. We all know what the disasters are. But what we are not putting together is who are these people, what policies do they support, and why do they want to destroy America?

Let’s understand who they are and what their motives are.

Globalists – Think United Nations. They want to control the world. They have no allegiance to any country. They pay to influence elections for their favored candidates and lie to get them in office. Look at how the Defund the Police program “helped” the Democrat cities destroy themselves with crime, drugs, suicide, and homelessness.

Notice, their program is NEVER to blame. To them the “common good” means, you give the government all your means of production and distribution of all goods and services. Then the globalists will “share” all sectors equitably – determined by them. Of course, they never share their stuff, only yours. Their view of We the People is there are too many people in the world to control, so depopulation is the name of their game. Globalists don’t care who lives or dies. People are just data points and now are just collateral damage.

Every time we do something online, we are monitored, and our data points are captured. Their goal is to create the perfect droid who will behave like a human without pesky human traits like empathy or reason—no one to rise up in descent. Your Social Credit score will control your behavior. No more money, just a digital card. You will get a card, and when you don’t behave, you will be punished and lose points. No food, travel, children, or ownership in anything. This affects every action you do as you interact with others. Your body, your family, especially children all belong to the government. Did you get your birthing license yet? You are just the birthing partner of the government.

Their UNESCO programs in all American schools provide “limited learning for lifelong labor.” Get your kids out of public government indoctrination clinics that teach nothing other than hate. The only thing Globalists understand is money. Keeping your kids out of government schools decreases their funding.

Communism – The goal of all “isms” is to destroy any hope of individual thought or individual ownership. Globalists and Communists seek to suppress fundamental human rights granted by G-d, because they are atheists. Communists do not believe in G-d. Only government can grant you your rights. What will you lose? Gone are rights to property, freedom of the press, assembly, speech, movement, and religion. No wonder why they hate the US Constitution; Globalists nullified the 1st Amendment. All goods and services must be distributed equitably. Of course, everyone gets the same except the Globalists who control who gets what. Once you have achieved total compliance and have a good Social Credit score, you get to share the crumbs. Globalists never share their stuff, only yours. “You will own nothing and like it.” is their battle cry from Klaus Schwab, World Economic Forum.

Once the people realize the scam, they protest. Communists can not ever have opposition. Therefore over 100 million people who questioned or thought they might question were killed over the last one hundred years. Since Communists have no plan after the revolution, they NEVER face the consequences of their actions. The plandemic forced businesses to close and people to stay home and take care of their families. The wonderful government now pays people to stay home. Ignorant sheeple buy into their lies. Now the populace relies on the Communist government to live. But workers are still needed. Their answer is to bring in illegals who will work at a fraction of the salary. The Communist government then stops the give-away programs. Workers who return to work only to find their jobs now command less because there is now a pool of new laborers working for less. Under Communism, the government is made up of criminal Globalists in both parties, who own and control everything.

For the common good. How do you make people give up their dreams? You lie to them and use racism to divide them.

Fascism – Margaret Thatcher said, Socialism works until you run out of other people’s money. Hence Fascism took root as the funding mechanism. Fascism is Capitalism in decay, – Vladimir Lenin.

Did you ever wonder why major corporations become “WOKE” so fast? It was not really fast. This plan used to keep corporations in line is called ESG (Environment, Social ((Justice)), Governance). This scoring was introduced in 2015 to the banking community as a way to assess risk. It is just being implemented now. What a wonderful way to force public and private companies and major corporations into compliance. They convinced our legislators to change the capitalist model to fascist PPP – Public Private Partnerships. Where the public taxpayer pays and the private gets the profit. Thank you, Rick Scott, for bringing PPPs to Florida. Once the government partners with corporations, regulations can be used to destroy competition. Legislators can then do some insider trading. You and I would go to jail if we did this.

The business scores points by forcing businesses to incorporate programs like Diversity, Inclusion, Equity (DIE) into their instructional programs. If they have low points, then loans, subsidies, government contracts, etc., will be no more. You will now see ESG Risk assessment scores on the stock exchange sheets. Go woke and destroy your country if they only cared, or go broke.

What do these globalists want? Everything you own.

From widely-respected economist Martin Armstrong: “I am deeply concerned that too many Americans are totally blind to the truth. They think this election is just about Biden v Trump. This is the World Economic Forum Agenda summary on eight predictions for 2030, which includes the surrender of the United States to the United Nations. They say the US will no longer be the world Superpower. They will end eating meat, hence Gates’ investment in meat alternatives. They will make fossil fuels history which is why Biden said in the debate he would end the fossil fuel industry and he will rejoin the globalists movement in the United Nations.

I’ll end with a few thoughts from Xiaodan Li:

“To achieve the Socialist goal, the ruling elites divide society by race and class (working vs. poor criminals) in order for them to justify the use of power for wealth transfer.

Socialist politicians promise equality in outcome for all. In America, we have equal opportunity for all.

Under Soros’ and his ilk, “The cornerstone of capitalism, rule of law, individual freedoms, and private property will be destroyed.”

Time for serious boycotts. Check your bank on the stock exchange. If you see an ESG score, then it’s time to move to a state or local bank. Move your social media to a platform that will not censor. Why are you giving money to people who hate you?

There is only one way to stop a political bully, fight them with the truth. Are you ready?

I will not comply, will you? I believe America is worth saving. 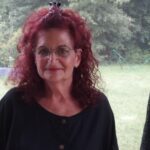