PHILADELPHIA — A trip to visit the Liberty Bell and Independence Hall went from being incredibly depressing, to just plain incredible.

First, we saw a “George Washington” exhibit outside the Liberty Bell display. And just as you’d expect from the insane federal government, it was ALL about slavery and the alleged evils of America’s Founders.

Then we went to Independence Hall on a “tour” by the U.S. National Parks Service. They mentioned that the Declaration of Independence was created there… and then promptly proceeded to discuss Martin Luther King, feminism, bigotry, and so on. No mention of the Creator. When asked about God-given rights, the federal “tour guide” brushed it off.

The icing on the disgusting cake was going to the gift shop to look for a Liberty Bell magnet. Incredibly, the magnets did NOT include the Bible verse on them. The verse in question reads: “Proclaim liberty throughout all the land unto all inhabitants thereof.” Leviticus 25:10

When asked, the girl working at the cash register said she did not know why the Bible verse was missing, and that the shop was not owned by the U.S. government (despite being on federal property).

It was a terrible experience. Super depressing!

But then, after getting an authentic Philly Cheese Steak near Ben Franklin’s place, things turned around.

In the “First Amendment Zone” outside Independence Hall was a hardcore rock band with people dancing and moshing all around.

But upon closer inspection, it was CHRISTIAN worship music asking the Holy Spirit to come down. The event was to ask God to come back to America. The leader of the event, Jamie Fitt with Philadelphia Tabernacle of David, explained what was going on here:

Even more incredibly, after we left, I got a note from Jaime in the video above. He heard my story about the missing Bible verse on the Liberty Bell. And somebody came up to him and gave him a replica–WITH the Bible verse. So he sent it to me in the mail.

Check out the picture of the Liberty Bell from the National Park Service website: 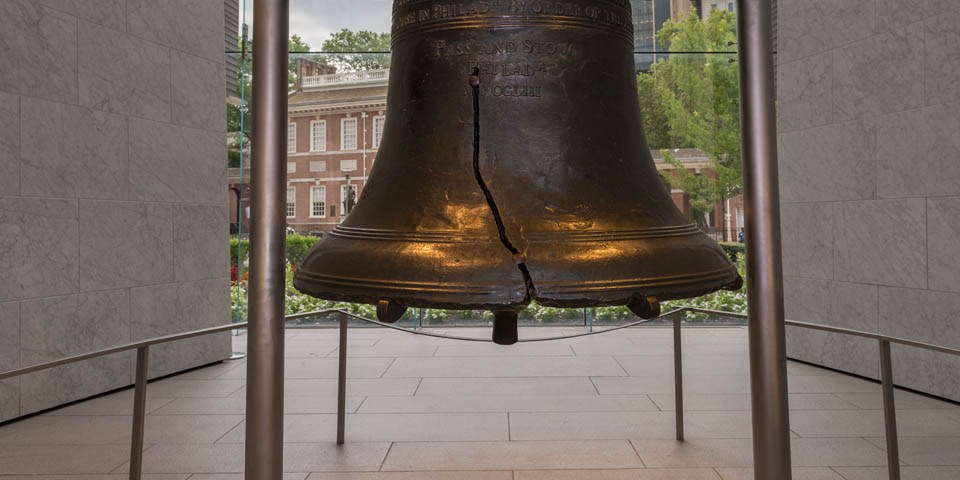 Here is the FULL Liberty Bell, WITH the Bible verse: 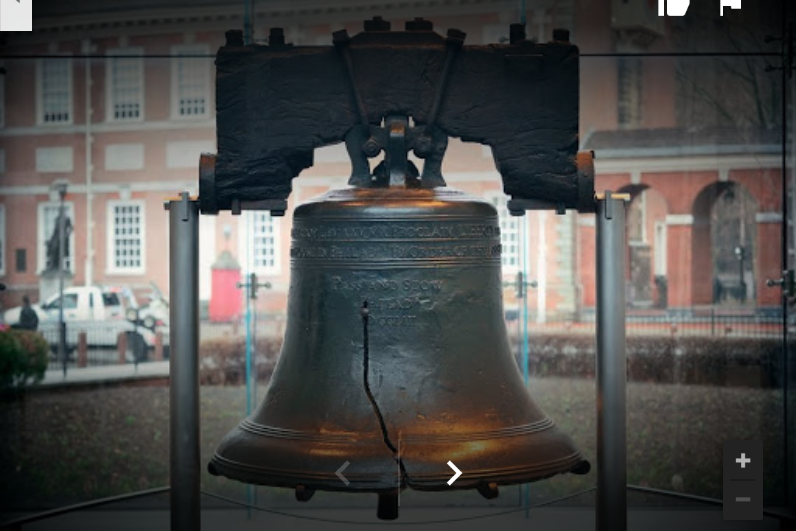 WHY is the U.S. government trying to erase our Christian history? This is wrong and it needs to stop.