The day before Thanksgiving, hoping to hide it from the American people, the Federal Reserve moved forward with its Central Bank Digital Currency program by starting a 12-week test run of their pilot project. They are hoping to perfect it by next spring, putting America one step closer to totalitarianism.

In March 2022 Joe Biden signed an Executive Order to hasten the process of converting cash controlled by YOU into binary code (AKA digital currency) controlled by the Federal Government.  The only thing preventing the Ruling Elite from outlawing cash RIGHT NOW is the fact that the digital network has not yet been fully developed.  Called the Hamilton Project, MIT started researching and developing this despotic system in 2006.  The Global Elite in charge of the World Economic Forum and various other totalitarian organizations have been promoting cashlessness FOR DECADES.  It is the end all and be all to control the masses and wipe out our freedoms.

It is just a matter of time, very little time, before Americans will be little more than serfs, with our Federal overlords literally making all decisions about how/when/where we spend our “money.*”  All of “your money” will be little symbols existing in cyberspace and completely controlled by the Federal Government.

Ever arrive at the checkout stand in your neighborhood grocery store and your debit card is rejected?  There isn’t enough money in your bank account to cover the cost of the food you wanted to buy.  Embarrassing, yes.  Now, imagine living in perpetual fear each time you enter a grocery store, each time you drive up to a gas or EV station, each month as you are making your rent or mortgage payment, each time you want to use YOUR money.  Each time you want to spend YOUR money on necessities OR frivolities, you won’t know if your overlords will allow you to.  Can you buy that sweatshirt, pay your heating bill, sign up for an online movie, buy a steak, rent a car, reserve a motel room, book a flight, et al?  Never mind trying to buy ammo for your next elk hunt.  The Second Amendment will be the FIRST freedom denied to you, bulldozed into the ash heap of history.

You & your wife take your kids to your parents’ home, 300 miles away in another state, to enjoy the four-day Thanksgiving Weekend surrounded by loved ones.  Sunday morning you drive to the gas station to gas up for the return trip home.  Your “debit card*” is rejected.  The message** reads “You have exceeded your monthly carbon footprint allowance for November, try again in December.  Also, our records show that you crossed state lines without permission.  You will need to provide a satisfactory explanation.”  You return to your parents’ home and discuss the problem with them.  You and your wife need to be at work the next morning.  Your parents have only gassed up their car once in November; therefore, your dad and you go to a DIFFERENT gas station*** to use dad’s “debit card” to gas up your car.

This little end run around your Federal overlords’ tyrannical controls seems to have worked, UNTIL you go to the grocery store near your home.  Your “debit card” is partially rejected with the following message: “You have exceeded your monthly carbon footprint allowance.  How & why did you travel 300 miles?  We authorize purchase of seven of these food items.  After this purchase, your access to government resources will be suspended until you provide a satisfactory explanation of the resources you used to travel 300 miles.”

You and your wife drive to another grocery store where your wife tries to use HER “debit card” to buy food for your kids.  Your overlords allow her to spend $50.00 on food with the following message: “Our records show that you are married to a person who mis-used government resources; therefore, your access is hereby suspended until December 1st.”

You, your wife and the kids are exhausted when you finally arrive home.  As you’re unpacking the car your dad calls.  He tells you that his “debit card” was rejected when he tried to order online Christmas gifts for the grandkids.  The error message read “You bought twice as much gas this month as you did last month.  Your access to government resources is hereby suspended until we receive a satisfactory explanation.”

You get the idea.  Your entire life will be 100% controlled by your Federal overlords, via access to “your money.”  Un-named, Un-elected Bureaucrats dwelling in luxury in or near the DC Swamp will be in complete charge of every aspect of our lives, big & small, and there will be nothing you and I can do about it.

Remember the “Golden Rule?”  Those who have the “gold,” rule.  Period.

During the first months of a cashless economy and cashless society, the Ruling Elite will tread lightly.  They will test us to determine the percentage of sheep among our population.  They will start with Unconstitutional abuse of one group of Americans that has LONG been demonized: Gun owners.  There are enough Americans who hate THIS freedom that the outcry will be muted, censored and ignored.

Then they will move on to, for example, rationing then banning, the purchase of gasoline by the masses.  [The Ruling Elite will still be able to order their servants to gas up THEIR vehicles whenever they want, of course.]  There are enough Americans who have mindlessly bought into the Global Warming scam, that they may believe such Unconstitutional abuse of Americans’ rights is necessary to save the planet.

As they block more & more access to YOUR money, using one excuse after another, if there isn’t a massive outcry, if Americans aren’t marching in the streets in protest, the Ruling Elite will then drop all excuses for why YOU can’t spend YOUR money as you see fit.  It will no longer be YOUR money.  It will be government resources.

OVERLORDS WILL CONTROL EVERY INCH OF OUR LIVES

When cash is outlawed, not only will Americans lose almost all of our privacy, the Federal Government will, via a HUGE central bank, be in complete control of how/when/where you spend YOUR hard-earned money.  Indeed, the very words “money” and “dollar” will become terms that the next generation won’t fully comprehend.

The Great Reset, long planned by the Globalists, will create words based upon acronyms to describe the binary code that will replace YOUR money.

When was the last time you said or you heard the word “lant,” for example?  Do you even know what it means?  How about shivviness?  Tyrotoxism?  They fell out of use because they were no longer relevant.  NO ONE WILL HOLD MONEY IN THEIR HANDS.  Indeed, the word “bank account” will fall into disuse because Americans will no longer have “bank accounts.”   No American will be in charge of his or her “money.”

OUR PRECIOUS SECOND AMENDMENT WILL BE THE FIRST TO BECOME IRRELEVANT

“A well-regulated Militia, being necessary to the security of a free State, the right of the people to keep and bear Arms, shall not be infringed.”

What a quaint, archaic, concept!  The Left has spent the last 100+ years eating away at this very clear, very simple Constitutional Right.  They took aim at the Second Amendment FIRST because they knew that, once the masses are helpless, unable to defend themselves against government tyranny, the rest of Americans’ freedoms would quickly fall.  Certainly, living in a cashless society, it will take only one generation before our entire Bill of Rights would be a fading memory written on crumbling parchment.

The Federal bureaucracy is staffed with Leftists, Progressives, Marxists and Communists. Under the Biden Administration they have already begun the process of outlawing the use of credit or debit cards to buy firearms, ammo, et al.  They will not wait a heartbeat to completely destroy this God-given right as soon as Federal overlords have control of EVERY PENNY YOU SPEND.  Of course, YOU will no longer be allowed to buy a firearm or ammunition because your “debit card” will be rejected.  Within weeks of transitioning to a cashless finance system, all factories and stores who produce and sell TO LAW-ABIDING AMERICAN CITIZENS the ability to defend themselves will go out of business.  Our overlords will still have guns, of course.

IN A CASHLESS SOCIETY, WILL THE IRS STILL NEED GUNS?

*I am using the terms “money” and ”debit card” because the DC Swamp creatures have not yet given CBCD a touchy, feely name in order to hide the truth from us serfs.  Moreover, it is doubtful that each American will have a physical card.  As time goes on, each of us will be forced to submit to injection of a chip in our arm, head or perhaps buttocks.  Don’t want that?  Fine, you can starve to death.  YOU will have NO access to YOUR money.

**Since our overlords won’t need to account to the masses for their decisions, Americans will never know the amount of his or her monthly allowance.  Indeed, it is likely that the allowance could change minute to minute to control each individual.  It may depend upon what the overlords need so that THEY can live in luxury.  The allowance for someone labeled “conservative” is likely to be lower than for someone labeled “liberal.”  Will illegal aliens receive higher allowances than an American citizen?  And, of course, one’s skin hue will likely determine how much one receives each month.

***In fear of being closed down the first gas station is unlikely to allow you to gas up using your dad’s debit card.

THIS IS A VERY INFORMATIVE & ENTERTAINING VIDEO ABOUT HOW THE RULING ELITE WILL SET UP & CONTROL DIGITAL CURRENCY. IT IS DONE WITH HUMOR SO YOU WON’T GO MAD LEARNING WHAT THEY HAVE IN STORE FOR YOU:

THE UNITED KINGDOM WAS CLOSER TO OUTLAWING CASH THAN AMERICA EVEN BEFORE A GLOBALIST PRIME MINISTER TOOK OVER: WITH AN ARROGANT FLAIR, RISHI SUNAK BRAGS ABOUT IT 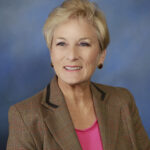