With all the lies and misinformation about South Africa being spread by communists, globalists, and the ignorant, it is important to set the historical record straight. What follows are some indisputable facts about South African history that are being hidden to justify the evil agenda now being unleashed.

■ When the Dutch settled the Cape of Good Hope in 1652, the nearest Black people were 700 miles away behind the 350 mm summer rainfall line with its higher rainfall and tall grass for cattle grazing. Their civilization was based on milk, and they invaded from the Northeast, supplanting the indigenous Khoi and San.

■ No indigenous Black South African person was ever enslaved by any white man from anywhere. But, Nelson Mandela’s amaXhosa did enslave the amaFengu. Mozambique and Angola were the nearest places the Portuguese traded in slaves. The Portuguese slave routes bypassed the coast of South Africa.

■ It is the White South Africans, not the Black, whose ancestors were slaves of the Dutch. They were often Indian or Indonesian and sometimes Black East- or West African. This White author has a Black West African slave ancestor.

■ The indigenous Cape population were the Khoi and San. As a culture, they were almost completely destroyed by the great Smallpox Epidemic of 1713. Some groups far from Cape Town survived. The author also has Khoi ancestry.

■ In 1836, wholly deserted by their British overlords, they packed their belongings on their ox-wagons and set off north at 15-20 miles a day on the Great Trek to escape British control. They settled mostly on the higher central Prairie, which was for the greatest part not occupied by any Black People. There they created two corn and ranching republics until diamonds and gold were discovered.

■ The Afrikaner was NOT part of Europe’s Late 1800s “Scramble for Africa”; they gave their lives fighting Imperial Britain’s Colonialist Expansion in two wars.

With all this in mind, please read and share The Hour of Our Need is Arrived. The first South African farm family just arrived at the U.S. border requesting asylum. Americans need to be made aware.

Dr. Harry Booyens is a South African aerospace and defense scientist who wrote the defining historical account of South Africa and its amaBhulu people, a book called AmaBhulu – The Birth and Death of the Second America. 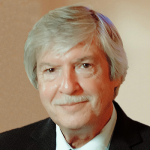