As the people of Venezuela suffer helplessly under a brutal socialist dictatorship that slaughters and tortures dissidents, it is important to remember that it was the United Nations that helped dictator Hugo Chavez disarm law-abiding civilians. This happened back in 2012, but virtually none of the establishment media reported it.

However, The New American magazine did report on it here in an article by Alex Newman that is republished below. Remember, the UN claims gun-ownership is a “human rights” violation. They have repeatedly demanded gun control–in America. There is a valuable lesson to be learned from the UN-enabled tragedy unfolding in Venezuela today.

After presiding over an unprecedented surge in violence and murder in Venezuela, the regime of socialist strongman Hugo Chávez — with the full support and assistance of the United Nations — decided to wage all-out war on private firearm ownership. A series of new restrictions on the rights of civilians are supposedly part of an effort to fight crime and preserve “peace” as the nation’s ongoing economic implosion accelerates.

Critics and gun-rights advocates, however, blasted the controversial decision to disarm law-abiding citizens, warning that criminals could now run even wilder without any fear of consequences. More pessimistic analysts also warned that the already out-of-control socialist regime might seek to solidify its iron-fisted rule after rendering the public completely defenseless.

“We’re the guarantee of peace,” Chávez claimed, warning that his opponents might seek to foment violence ahead of the next election. According to the non-profit Venezuelan Violence Observatory (VVO), there were 4,500 homicides in 1999 when the socialist ruler seized power and instituted gun control. Last year, the figure was close to 20,000 — a new record for the nation. Few are ever solved.

Opponents of the new ban have highlighted the absurdity of targeting legal firearms. Attorney Luis Izquiel, who leads the security committee for Venezuela’s opposition, for example, noted that there were only around 25,000 gun permits, while the number of firearms in Venezuela is estimated at around 10 million.

“Here criminals don’t use legal firearms,” Izquiel told the Associated Press, saying that the regime was “misguided” in supposedly trying to tackle violence by targeting legal gun owners. Criminologist Fermín Mármol also told AFP that the new ban was aimed at law-abiding citizens and would therefore have “very little” impact on crime. 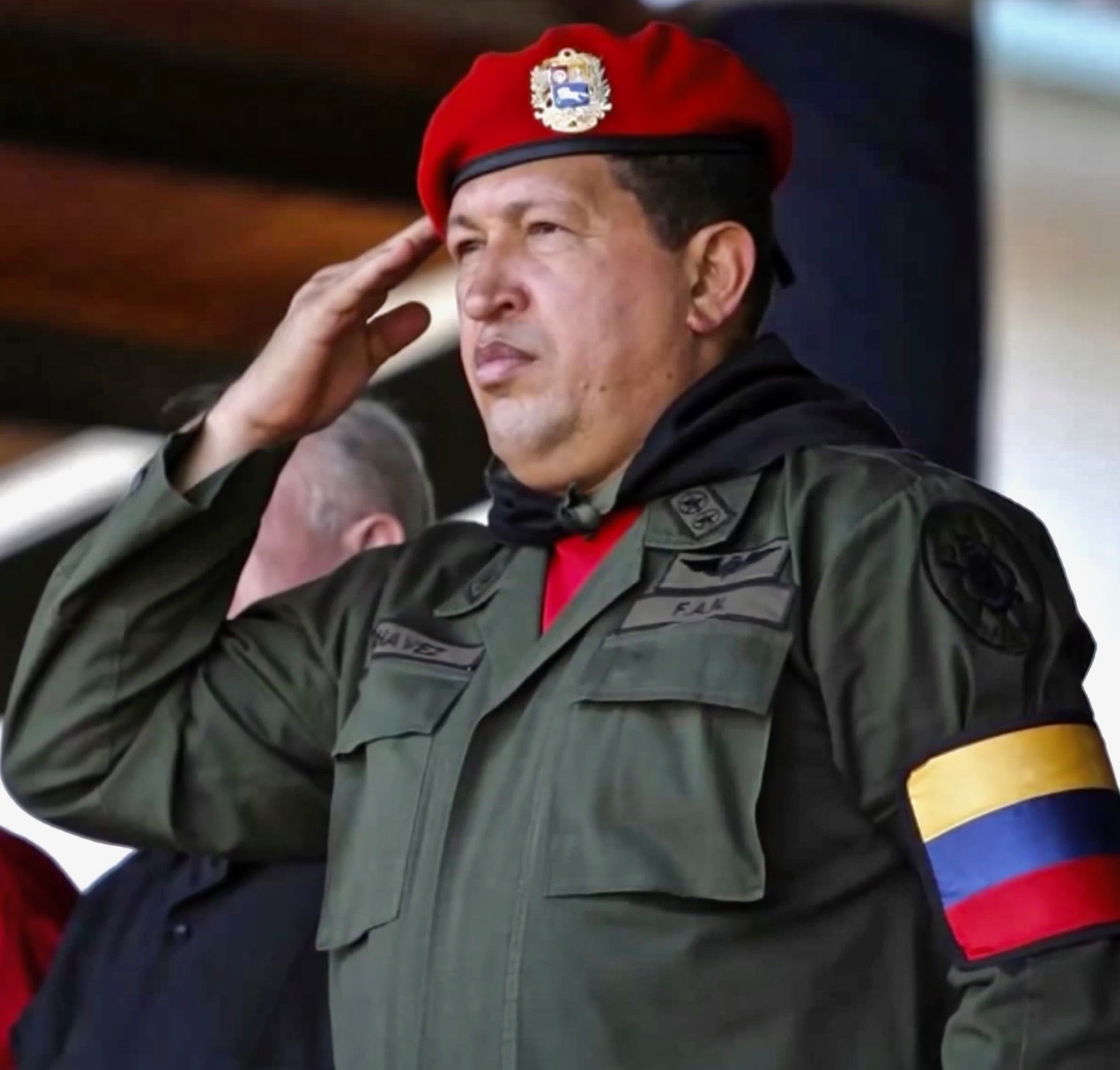 Other analysts said the scheme would likely lead to even more mayhem. “What will inevitably end up happening is the disarmament of law-abiding citizens while criminals maintain their weapons. It will do nothing to lessen the amount of crime occurring there,” explained Solomon Horn in an analysis for the liberty-minded Lone Republic. “In fact, it will probably create more.”

But increasing crime might just be a small side effect of the scheme. “We are witnessing a terrible reality: socialism always descends into tyranny. With the entire Venezuelan civilian population disarmed, Hugo Chávez can implement whatever policies he wishes,” Horn continued. “The government will be free to oppress its citizens without any real threat of opposition.”

Prior to the latest decree, infringements on the right to keep and bear arms in the oil-rich nation were already severe since Chávez took over, but the few citizens with a gun permit were allowed to freely purchase weapons for self-defense and other purposes. The new UN-backed measure, however, purports to prohibit the transfer of all arms and ammunition to civilians.

Before the prohibition went into effect, the regime offered a sort of “amnesty” period for citizens to surrender their guns. Officials reportedly warned that failure to submit could result in house-to-house searches and arrests.

All commercial gun stores and dealers were also officially declared illegal and were recently ordered to surrender their inventories to the regime. Meanwhile, military, police, and security personnel are exempted from the ban and may purchase weapons from the state-owned firearms dealership, according to “Justice Minister” Tarek El Aissami.

“Nobody will be able to have new weapons or new permits,” El Aissami was quoted as saying by the state news agency. “The goal is to disarm the civilian population.” Ironically, experts say many of the guns held by criminals in Venezuela were originally sold illegally by corrupt government officials, AFP reported.

According to statistics cited by the anti-gun UN and the Chavez regime — which claimed to be responding to the global body’s concerns by banning firearms — Venezuela now has one of the highest murder rates in the world at about 50 per 100,000 people yearly. The U.S., by comparison, has less than one tenth of that number — and Americans are by far the most heavily armed people on earth.

It was not immediately clear why the socialist regime thought that criminals who ignore murder and robbery laws would be inclined to obey a mere gun ban — or whether officials ever believed that at all. Other nations that have implemented civilian-disarmament programs, such as the United Kingdom and Australia, witnessed immediate and dramatic surges in gun crime.

Analysts attribute the widely observed phenomenon to the fact that criminals no longer fear their law-abiding victims, feeling that they can act with impunity. According to expert John Lott, who wrote the book More Guns, Less Crime, violence tends to decrease in jurisdictions with stronger protection for the right to keep and bear arms.

But in typical fashion, Chávez, who has ruled Venezuela for over a decade, claimed in March that the violence — which has soared to new records under his reign and its gun-control measures — was somehow “inherited from the capitalist time.” Because the regime has waged a ruthless and relentless war on the press, media outlets in the nation largely parroted his absurd claims without question.

The UN, which worked closely with the Venezuelan government in the development of the civilian disarmament program and will participate in some elements of its implementation, also called on the media to support the controversial schemes. Resident UN Coordinator for Venezuela Alfredo Missair praised the anti-gun program and reiterated the global body’s support for it, the Venezuelan National Assembly reported on its website.

“You are also responsible in this important fight — we need the cooperation of not only the United Nations but of the media,” Missair told the press, calling on news outlets to campaign against “insecurity” by backing the international organization’s controversial anti-gun schemes. “So, we are offering all the support they require to do a good job.”

But the socialist regime itself probably has its own reasons for the plot, according to analysts. “While it is clear that Venezuela has a serious crime problem, little has been mentioned about how Chávez’s declining health could lead to civil unrest in the wake of rumors that his cancer is in its terminal stages,” noted Ryan Villarreal in a report for the International Business Times.

The new measure, Villarreal said, could be an effort to limit the potential violence in the event of a power vacuum. “The political situation in Venezuela could be severely destabilized by Chávez’s death or incapacitation due to illness, and the government appears to be preparing for such a scenario,” he concluded.

Many other analysts agreed that the new firearm measure may have something to do with the strongman’s potentially terminal illness. Some, however, suggested that the anti-gun scheme may actually be a ploy to ensure that the socialist regime’s progress is not scaled back after its leader’s demise.

“Civilian disarmament, of course, will mean Chávez’s’ legions will retain the upper hand against any opponents after his death, perpetuating, he hopes, his ‘Bolivarian revolution,’” wrote Robert Hunnicutt for Shotgun News, pointing out that the regime has distributed weapons among its backers.

“The fruits of that revolution have, of course, mainly been association with Cuba, Iran and Russia, the squandering of vast oil wealth, repression and violent crime,” Hunnicutt concluded. “In that context, a gun ban was about as surprising as the sparks flying upward.”

Unlike in Venezuela, and despite criticism by the fanatical anti-gun zealots ruling Communist China and the U.S. Justice Department, Americans’ right to keep and bear arms is explicitly enshrined in the Constitution. But the Obama administration — which recently gave the prestigious Medal of Freedom to hardcore Chávez enthusiast and influential socialist Dolores Huerta — is now pursuing a global anti-gun treaty with the United Nations that critics say could seek to disarm U.S. civilians, too.

Any effort to strip the rights of Americans, of course, would almost certainly be met with overwhelming and unprecedented resistance. Whether Venezuelans will permanently surrender remains to be seen, but analysts say the battle there is not over just yet.

You can read the original article at The New American.