On October 24, 2020, the California Teachers Association (CTA) passed a policy on “Cultural Diversity and Ethnic Studies” that will create the foundation of writing curriculum on “Ethnic Studies” for every grade level, in every classroom. It will also guide proposed legislation.

These fancy words may sound intimidating and highly scholarly, however it boils down to this:

All races and religions that affirm unlimited genders and unlimited sexual orientations – good, ALL RACES and religions that limit gender to scientific biology and maintain orthodox views on marriage or sexuality – not only bad, but equated to the KKK. This is how the CTA wants us to teach our children “anti-racism” through writing assignments in every academic subject.

Below is the text from the actual policy document:

Approved by 84% of CTA Representation

CTA believes participation in Ethnic Studies has positive effects on the overall achievement of all students. Providing Ethnic Studies curricula facilitates engagement with academic skills related to study of race and equity. This in turn benefits performance in other academic areas and promotes a positive academic identity for students. The positive benefits include widening cultural awareness and strengthening knowledge of the foundational ideals of equality upon which democracy is built. CTA believes in celebrating diversity and its commitment to Ethnic Studies.

CTA believes that we have a duty to teach our youth about their ancestral legacies, that culture is essential in the fight for racial justice and equity, and that it is the right of all (pre-K-14) students in California to have access to quality Ethnic Studies curriculum. CTA believes that Ethnic Studies is the interdisciplinary study that centers Asian Americans & Pacific Islanders, Chicanx/Latinx, Central American, American Indian/Alaskan Native, Middle Eastern/ North African, Arab American, and Africana/Black/African Americans who have experienced, survived, and resisted settler colonialism, racism, hegemonic systems and structures of oppression. Students in these courses will study topics through the intersectional lenses of race, ethnicity, culture, gender, sexuality, ability, language, immigrant status, and class.

Using Ethnic Studies epistemology, content, and pedagogy, Ethnic Studies aims to educate students to be socially, politically, and economically conscious of their personal connections to local and (trans)national histories. Students will analyze indigeneity, aspects of decolonization, white supremacy, oppression and privilege, and work towards empowering themselves as anti-racist leaders who engage in social justice activism.

Reflection, Naming, Dialogue and Action drives the learning and supports the belief that each person has important narratives, stories, and voices to share. Students will have the opportunity to cultivate intersectional solidarity with groups of people, locally and (trans)nationally, to foster active community responsiveness, social engagement, radical healing, and critical hope.

2. Celebrate and honor Native People/s of the land and communities of color by providing a space to share their stories of struggle and resistance, along with their intellectual and cultural wealth;

4. Critique empire, white supremacy, anti-Blackness, anti-Indigeneity, racism, patriarchy, cisheteropatriarchy, capitalism, ableism, anthropocentrism, and other forms of power and oppression at the intersections of our society;

6. Connect ourselves to past and contemporary resistance movements that struggle for social justice on global and local levels to ensure a truer democracy; 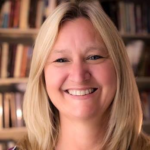 1 thought on “In a “NUTshell”: “Ethnic Studies” Madness Hits California”