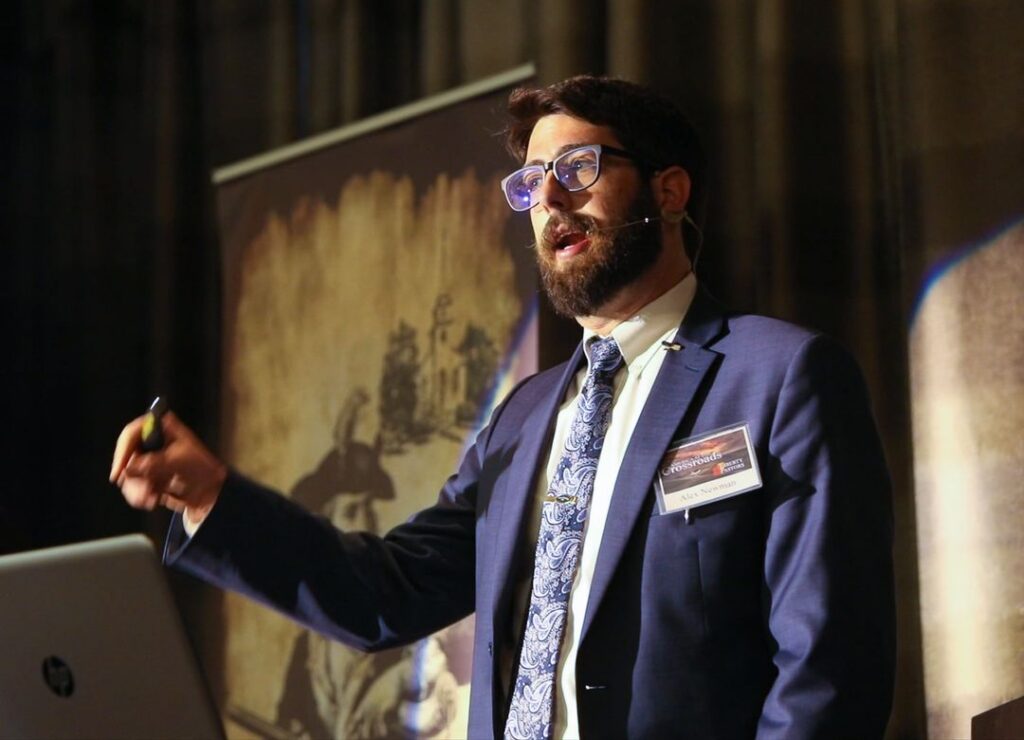 America is in crisis, and Florida can no longer afford to send business-as-usual politicians to Tallahassee. We must KEEP FLORIDA FREE!

This is where he stands on key issues:

Whether it be illegal vaccine mandates and efforts to hijack education or attacks on constitutionally protected gun rights and the right to life, the Biden administration is waging all-out war on the rights of Floridians. Governor DeSantis has valiantly resisted many of these assaults despite opposition even from many in our own party who swore the same oath to the Constitution. But today more than ever before in American history, courageous legislators who will boldly and constitutionally stand up for the Constitution and interpose on behalf of Floridians are needed in Tallahassee. Alex Newman will be that voice.

Government already taxes and spends too much at all levels. Alex pledges to never vote for a tax increase of any kind, even disguised as a “fee.” In fact, Alex hopes to gradually reduce taxes, burdensome regulations, and government spending on everything except public safety. That way taxpayers — not bureaucrats and politicians — can decide for themselves how to spend their money, making Floridians even more prosperous and free.

Defend rights and freedom in Florida:

Our founding documents proclaim clearly that our liberties come from God, and Alex takes that very seriously. Under the leadership of Gov. Ron DeSantis, Florida has successfully resisted much of the abuse and idiocy being imposed on other states from Washington D.C. Alex promises to work with the governor and fellow lawmakers to protect the rights of Floridians from the lawlessness and attacks coming from the federal Swamp. There is a reason people are fleeing to the Sunshine State from California, New York, and Illinois. We must keep Florida free!

Law enforcement and the rule of law:

Our police and law-enforcement officials are under relentless attack from Marxists, radical Democrats, and lawless extremists of all kinds. This is unacceptable, and Alex Newman will stand strong with them when he gets to Tallahassee. Police officers, state patrolmen and sheriffs risk their lives and safety every day to protect the God-given rights of Floridians and the rule of law that is critical to a free society. Alex will stand with them as they do that.

Alex Newman is a strong supporter of the Second Amendment and will vigorously oppose any and all efforts to undermine the constitutionally protected right to keep and bear arms. In fact, one of his first priorities when he gets to Tallahassee will be to reverse the outrageous attacks on the constitutionally protected rights of Floridians that Representative Tom Leek and the Republican legislature supported. That means getting rid of the red-flag law abuses that deprive law-abiding citizens of their rights without due process. Alex will also be a champion of constitutional carry, which has already been adopted successfully by most conservative states. Nobody should have to ask permission or pay a fee to exercise God-given rights!

Alex Newman is a strong supporter of protecting the unborn and will do everything in his power to defend life from conception to natural death. If Democrats can create “Sanctuary” states and cities for illegal immigration, drugs, and other crimes, why can’t conservative states becomes sanctuaries for the unborn? The answer is that they can and must, as Texas proved recently with its excellent legislation protecting unborn babies that has been recently upheld by the U.S. Supreme Court. Florida must become a sanctuary for the pre-born. We must ABOLISH abortion.

Voting and elections are critical to the functioning of our constitutional republic, and protecting election integrity and confidence in the vote are critical to a civilized and peaceful society. We cannot, under any circumstances, allow a repeat of the 2020 disaster that nearly ripped America apart. Alex Newman shares the concerns of most Americans regarding the security of our elections, and will work tirelessly to make sure that every legal vote is counted while election fraud is rooted out and severely punished. Audits are absolutely essential in that process. Elections that cannot be trusted lead to illegitimate government and dangerous social tensions, so Floridians MUST have confidence that their votes are being accurately counted. Alex Newman will be a rock-solid voice for election integrity.

Unfortunately the public-school system is a disaster, and everybody knows it. The government’s own data show less than one third of students are proficient in any core subject. This is absolutely unacceptable. As a passionate advocate for education, Alex will do everything possible to ensure that Florida’s children get the education they deserve, and that begins by protecting Florida’s children from radical Washington D.C. “education” bureaucrats and fringe ideologues determined to radicalize, sexualize, and indoctrinate our children. Alex is an ardent defender of educational liberty and homeschooling because he believes parents — not politicians and bureaucrats — know what is best for their own children. Putting parents in charge of their children’s education is the best way to ensure success for everyone.

Too many corporations and businesses have decided that lobbying politicians for taxpayer money rather than producing goods and services is the way to get rich. And too many politicians have decided that selling their votes for big campaign contributions from corporate welfare seekers is the way to stay in power. This is unacceptable. As your elected representative, Alex Newman will work tirelessly to promote free market principles rather than corporate welfare while being a careful steward of your hard-earned tax dollars.

To get involved, please email alex@libertysentinel.org or invest in freedom by donating below.

You can also send a check or filled out petitions (see below) to: