If Wikipedia is to be believed, Christianity is the dominant religion in South Africa, with almost 80 percent of the population professing to be Christian in 2001. Consequently, it would be fair to question whether Dr. Aslam Dasoo’s recent comments concerning South Africa’s Chief Justice are in fact the ‘position of the people’, so to speak. After all, while Dr. Dasoo is indeed a well-respected member of the South African Medical Fraternity, his Muslim name would suggest he’s not likely a member of the Christian faith. Dr. Dasoo is on record saying, “Chief Justice Mogoeng Mogoeng’s statements were a dangerous outright abuse of his office, and he should be impeached and shown the door”.

The incident which provoked these insults was a prayer that Mogoeng Mogoeng delivered after his keynote address on December 10th, at Tembisa Hospital in Johannesburg. The gathering was a thanksgiving ceremony in which Mogoeng berated those who’d enriched themselves with COVID-19 relief funds, before paying tribute to hospital staff for their sacrifice, love, dedication and selflessness – which culminated in a prayer encompassing a plea for their protection in the fight against coronavirus. Some of the ‘controversial’ words of this prayer, which Dr Dasoo referred to as a “malicious prayer against vaccines”, have subsequently been scrutinized by the South African media at large – in particular:

“If there be any vaccine that is of the devil, meant to infuse 666 into the lives of people and to corrupt their DNA, if there is any such vaccine Lord God Almighty, may it be destroyed by fire”.

Is it really “out of order” as so many have claimed – for a man to ask God (in prayer which is generally the accepted means of communication with Him) for deliverance from a possible evil agenda? “Good and evil” is a very common dichotomy in religion, ethics, philosophy, and the psychology of this world – hardly a foreign concept. At this point, it would be appropriate to mention that Muslims believe in the devil (Shaitaan) – so how did Mogoeng’s mention of a satanic agenda induce such outrage Dr Dasoo?

South Africa’s Eyewitness News afforded Chief Justice the opportunity to respond to the resulting heated allegations that his religion is interfering with his duty as the country’s chief justice. These excerpts were taken from his rebuttal on December 11th:

“I don’t know whether people honestly misunderstood what I said, or deliberately misunderstood what I said. Maybe it’s necessary to reiterate what I said – I said if there is any vaccine that is being manufactured to advance a Satanic agenda with the ‘Mark of the Beast’, if there is any vaccination that is manufactured for the corrupting of the DNA of people – that vaccine must be burned – it must die. God must intervene and destroy it… I want every corrupt thing to be destroyed… For far too long, people have been afraid to express themselves as freely and robustly as they need to. Remember, we just delivered a judgment in the Constitutional Court about the fundamental importance of freedom of expression… I’m not worried about fictional reputation. Prayer is controversial in South Africa – insults are never controversial – it’s prayer in the name of Jesus that is controversial… Where do you get this thing about separating my Christian beliefs from my judicial responsibilities…the last time I checked the constitution – it lists among the fundamental rights – freedom of religion…not only does the constitution talk about God protecting and blessing us, our national anthem also alludes to the need for God to protect us…”

Ismail Lagardien of South Africa’s online newspaper ‘Daily Maverick’, epitomized the type of media abuse Chief Justice Mogoeng has been subjected to when he said, ”The Chief Justice makes a huge mistake by calling on mythological creatures to assist with what is, in essence, a scientific (biological) problem that is best addressed by scientists and good public policy”. It should be mentioned that while Ismail is a traditionally Muslim name, it’s certainly not the position of Islam that Allah is a mythological creature.

Chris Roper, former Editor-in-Chief at the ‘Mail & Guardian’ and ‘24.Com’, wrote, “Let us do Chief Justice Mogoeng Mogoeng the disservice, disguised as a courtesy, of pretending to believe that his God and his devil are real. Many of us, thanks to the super-efficient propaganda machinery of what we could amusingly term Big Religion, have at least a vague idea of who the Christian God purports to be. But God’s inseparable companion Satan, the Morty to his Rick, if you will, gets far less press. But first, why do we care about Satan?”

This poses the question: could extracts from Ellicott’s English Biblical commentary, concerning the life of a Christian believer in the end times, be manifesting in the life of Chief Justice Mogeong Mogeoong? After all, he is on the receiving end of hostility, with his simple trust in Christ being suspected, and his name being cast out as evil? All because he would dare to suggest that the book of Revelation in the Bible appears to be unfolding in the form of a world-power, which seeks to impress a mark on all (whether it involves a vaccine, a chip or something else) – on the penalty of complete social exclusion. This is, after all, one of the five accepted schools of thought concerning Christian eschatology. And while the Church-At-Large is divided against the interpretation of the visions in the book of Revelation, one scripture concerning the end times – in the book of 2 Timothy – seems to be unfolding in this very age:

“But understand this – that in the last days there will come times of difficulty. For people will be lovers of self, lovers of money, proud, arrogant, abusive, disobedient to their parents, ungrateful, unholy, heartless, unappeasable, slanderous, without self-control, brutal, not loving good, treacherous, reckless, swollen with conceit, lovers of pleasure rather than lovers of God, having the appearance of godliness, but denying its power”.

It is also worth mentioning the Jesus said – when referring to the end of days, “Because of the increase of wickedness, the love of most will grow cold”.

Watch the chief justice defend his comments in this video: 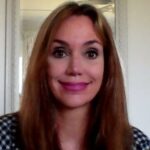 As a youngster, growing up in South Africa in the seventies and eighties, I spent a lot of time in our family housekeeper’s quarters – listening to fascinating tales about her childhood years in the Transkei. I considered Ethel a second mother and thoroughly enjoyed her company – as well as the delightful company of her gregarious friends. As a result, the injustice of Apartheid burned deep in my bones and I hoped to be ‘a voice’ for oppressed folk one day as a journalist. Regrettably, I was dissuaded from doing so – in a politically charged and dangerous South Africa of the eighties. It’s taken reassessing my life purpose at fifty, to give me the courage to pursue this desire.