Written with the collaboration of Jaums Sutton.

The current wave of vitriolic demonstrations of intolerance we are seeing in the U.S. is an old tool of the Marxist philosophy used by all of the left-wing regimes of history.

In Castro’s Cuba the tool was used so frequently it had a name:  “Act of Repudiation.”

The decades of Marxist indoctrination being delivered by academia, media, social media and Hollywood set the stage.  It’s being executed by their “brown shirts” peons under the guise of “peaceful” demonstrators destroying, burning, looting, beating and intimidating the American population.

For those who have not connected the dots yet due to so much misinformation and propaganda from the mainstream media, I want to clarify:  Marxism is the root of totalitarian Communism.

Hitler’s Nazi National Socialist Party classified as Fascist, came from Marxism as well as Socialism, collectivism and progressivism.  It’s all the ruse of using benign sounding words to hide from and mislead uninformed people:  The goal of a totalitarian society.

The spread of Marxism in the U.S. has transformed “liberalism” to the antithesis of liberty, and uses the Democrat Party to install a foreign ideology opposite to the foundation of the U.S. and the Constitution.

For decades now, many Democrat members of Congress are members of the Democratic Socialists of America.  This is an international front organization under the tutelage of and paid for by the former Soviet Union.  And now it is part of the global international communist network.

Communist Russia has been interfering in U.S. affairs through the Communist Party USA for decades.  And Communist China has managed to infiltrate America’s politicians, institutions and corporations!

Although well-aware, members of the Democrat and the Republican parties have been complicit and silent about it, as has the mainstream media and even supposedly critical pundits.  They have been looking the other way while America is being invaded and corrupted.  Apparently they think their positions and power will be more secure under a “fundamentally transformed” United States.

The Democrat Party has descended so far to the left and has become so intolerant, fanatic, prone to violence and fraud that for quite a number of years I have called them “DemonRats.”

Obviously it is no longer an American party and they don’t protect and defend the security of the “We the people.”  They have become an enemy of the American people and their freedoms.

The control of our academic world by Marxist professors is invalid in a democratic republic.  They are reprogramming new generations of Americans.  The end result are millennials who are so ignorant and dependent on their political commissaries that they are clueless where Socialism will take them.

All Marxist derivatives lead directly to an all-powerful government where a ruling elite and bureaucracy dictate all aspects of our private and public lives.  It’s against the fiber of the creation of America.

Their goal is a global government with a mighty ruling elite at the top and everyone else–workers–at the bottom.

The corrupt, deceptive and censoring mainstream media and social media desperately spew “fake news” hatred toward Donald Trump 24-7 because he is the only roadblock left to their pursuit of their globalist goals.

The hatred directed at him is harsh and false but fits nicely under their tenet of “the end justifies the means.” They have been promoting these Acts of Repudiation since the Obama regime in public and private places to intimidate and silence Americans without any concern for private property and economic destruction.

These Acts of Repudiation are a communist/fascist technique used by the former Soviet Union, their satellites and Hitler’s National Socialist Nazi Party.  They are designed to terrorize and neutralize anybody who stands in their way.

Take a look at the documentary Act of Repudiation.  It is the story of an 11-day attack at the home of a classical guitarist, his wife and three young daughters.  If this intolerant, hysterical and violent atmosphere to intimidate and censorship continues in America we are all in for a rude awakening and will find ourselves in the hellhole of global Socialism and that will be final. 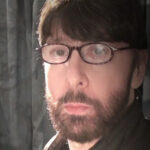 Agustin Blazquez is a Cuban-born filmmaker who has produced a number of prominent documentaries including the “Covering Cuba” series. His writings have been published in the Houston Chronicle, The Washington Post, The Washington Times, Washington Inquirer, Newsmax, FrontPage Magazine and many other outlets around the world.